More about us on IHR blog

IndiaHotelReview.com was India's fastest growing Online Travel Company with an exclusivity of Hotels and Packages for widest range of destinations in India. In parallel IHR was also a thriving travel community and a very strong content platform displaying best decision enabling content for its audience. IHR spectrum of operations was intertwined across India covering more than 10000 hotels spread at more than 1100 destinations. In addition IHR also offered more than 1000 packages.

IHR became an organic powerhouse with its superlative content horizontally covering length and breadth of India, Innovative Technology and Product, and Disruptive Operations with Customer Service. The startup came in age of early Internet boom in India making travel digital and scaled organically till April 2012 over span of 5 years. It was an independent business vertical co-founded by Ankit Rastogi part of Vriti Infocom, Noida launched by Swapnil Shrivastav in late 2006.

In May 2012 IHR's key management team including Ankit Rastogi became part of goibibo (Ibibo Group, Gurgaon) shouldered with responsibility to build Hotel business of goibibo. IndiaHotelReview.com suspended its operations as a result and eventually closed with Vriti shutting down by late 2012. This website revival is to show case the startup story of IHR and its dream team who scripted this magical journey for the global tourism fraternity purely as an inspiration. 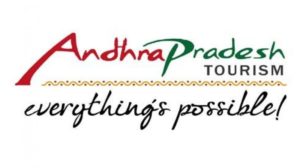 Read more on our IndiaHotelReview blog

The India Hotel Review founding team along with other co-founders are working on various capacities to build a quality Hospitality service Industry in India.